What to do with Google Earth inaccuracies

more detailes>
The VIY software package by Transient Technologies has the option of exporting a GPR project to the free Google Earth software from Google. Displaying GPR data on live Google maps is convenient, visual and simple.

However, is Google Earth a real GIS? Here's what Google responds to this:
"Google Earth is not a Geographic Information System (GIS) with the extensive analytical capabilities of ArcGIS or MapInfo, but is much easier to use than these software packages. ... "
What does this mean for users of GPR?
After exporting the project from the Planner program to the KMZ format for Googe Earth, users sometimes found that the GPR data was shifted relative to the image of the Earth's surface. In our case, the shift was about 4 m. 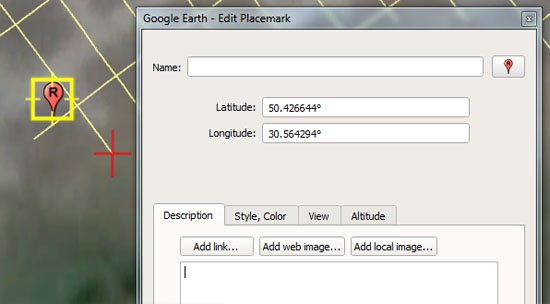 - in the Planner project, click on the project branch in the object tree

- then in the lower part of the window, click on the button next to the coordinates of the reference point of the project, a window for setting coordinates will appear 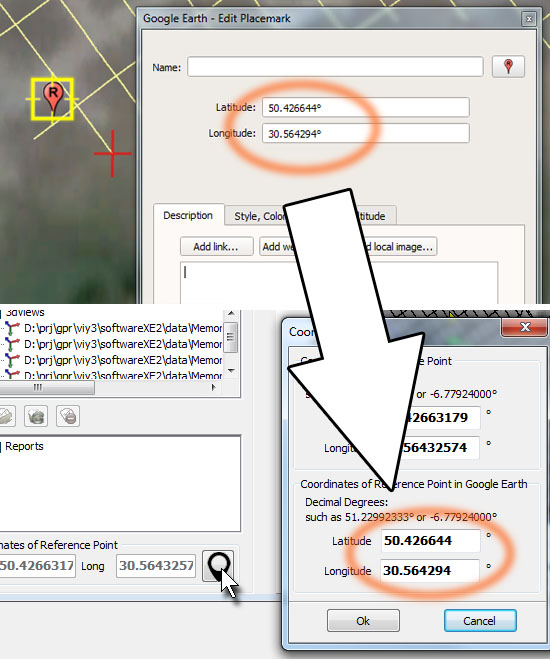 - save the GPR project in the Planner program.
Now the export to Google Earth looks like this.

for comparison without correction

An important point needs to be made here. This coordinate correction only affects the result of export to Googler Earth and does not change the coordinates of the data in the Planner project and also does not affect DXF export (for Auto Cad) 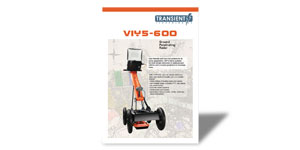 The VIY3 software allows all settings the Ground Penetrating Radars, to manage the process of measurement, load into a computer store, process and print the measured data. The same can import data from the VIY2 series GPR.